Let’s get straight to the point. We had 12 sightings of 10 separate individual bears on our latest Spitsbergen tour. To put this into prespective on my previous two visits we saw 22 and 11 respectively so not a bad outcome this time around, expecially ‘bearing’ in mind that the week before we arrived another vessel recorded a blank on one of their Polar Bear Special trips, with some of the best polar guides in the business on board. One of the big advantages of SV Noorderlicht is that we can cruise the shallower coastal waters and that we also travel a little more slowly than the bigger boats, allowing time to spot and then detour for distant bears.

Summer 2017 has seen the greatest extent of sea ice around Svalbard for several years, which is great news for the bears (although it did not form until March, which will not have helped the females denning earlier in the winter). Other sightings on our 2017 cruise included 4 Blue Whales, Fin Whale, Beluga, 7 Ivory Gulls, 2-3 Sabine’s Gulls, 200+ Walruses, 15 Arctic Foxes and more. Most of the Arctic flora was spot on at the time of our visit this year (unlike last year’s unusually early flowering season) and we enjoyed some lovely plants including Polar Campion, Woolly Lousewort, Svalbard Poppy and Boreal Jacob’s Ladder. Only the Spider Plant disgraced itself by not being in bloom. Did I mention the stunning glacial landscape and wonderful food aboard SV Noorderlicht?

By the way we still have a couple of berths available for our 2018 Spitsbergen wildlife cruise. Why not join us and see and photograph Polar Bears and much more besides for yourself? 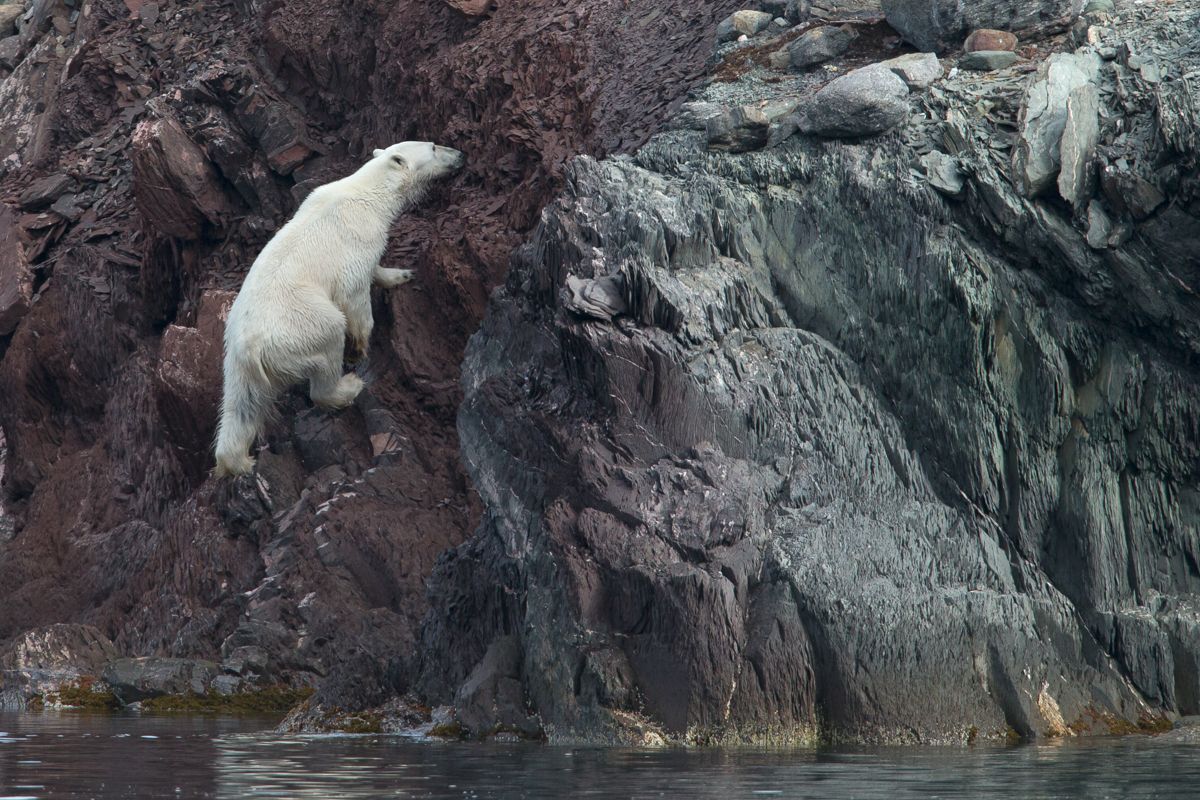 A Polar Bear scales a cliff after a swim. Image by Mike Watson.

Come and photograph an Emperor Penguin colony with Wild Images!