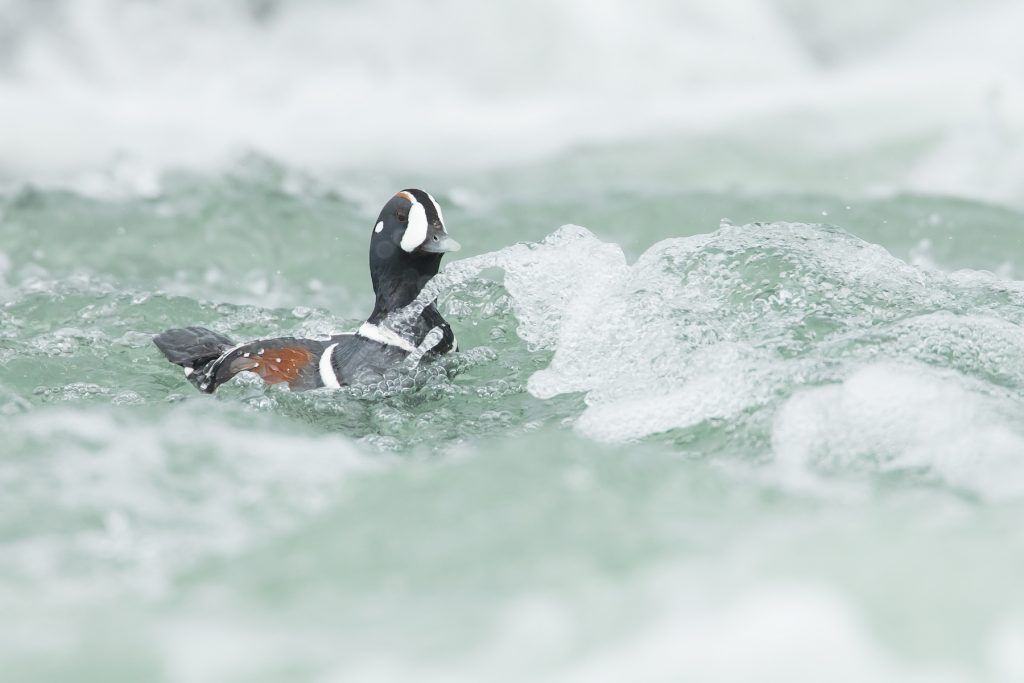 Our first Wild Images photo tour of Iceland was a tremendous success and despite the variable weather (this is Iceland remember!) we all managed some great photos. There were many opportunities in the stunning volcanic landscape and an outstanding highlight was our stay on Flatey (‘Flat Island’) in Breiðafjörður, which was rammed with tame shorebirds and close encounters with the cameras included: Eurasian Oystercatcher, Common Ringed Plover, Common Snipe, Common Redshank, Ruddy Turnstone, Dunlin and particularly Red and Red-necked Phalaropes. Other Flatey highlights included singing Snow Buntings, Black Guillemots and nesting Icelandic Redwings. The ferry journey was much windier than usual and produced some great eye-level Northern Fulmars and Black-legged Kittiwakes.

Next up, the wonderful Snaefellsnes Peninsula was bathed in sunshine and we had some very nice light on Thick-billed Murres (or Brünnich’s Guillemots) nesting on the basalt cliffs there as well as close encounters with Rock Ptarmigan and Arctic Fox. The Sanderling in breeding plumage on the black volcanic sand beach at Blönduos was another highlight. We spent four full days in the northeast of the country and again, during gaps in the rain (and snow at times!), we had some superb encounters. The sessions with drake Harlequin Ducks in the whitewater of the Laxá (‘Salmon River’) and the visit to the Great Skua breeding area were both very special. We also had a great session on the shore of Lake Myvatn when bad weather had forced many otherwise more wary ducks close inshore including Barrow’s Goldeneye and Long-tailed Duck. In the surrounding woodland we had some close-ups of Icelandic Wren and Brambling (Iceland’s only breeding pair). Húsavík whale watching produced plenty of Humpback Whales, albeit in rather dull grey light as well as lots of Atlantic Puffins. Although it did not allow close approach one of our most exciting moments was finding a Snowy Owl at a previously unknown location and we saw some other good birds that stayed a little out of DSLR range including Long-tailed Skua, Gyrfalcon and Common Crane.

We included some of the many non-avian wonders of this incredible island, a landscape photographer’s delight including: Goðafoss (‘Falls of God’); Dettifoss (Europe’s most powerful waterfall by volume of water); Gullfoss (or the ‘golden falls’) and Geysir (the site of the origin of the word of geyser, where the impressive ‘Strokkur’ was blowing regularly during our visit). Did I mention the delicious seafood and wonderful people? Or the single mosquito on the entire trip (and I think that may have been misidentified)? Read all about it in Mike’s Iceland tour report.