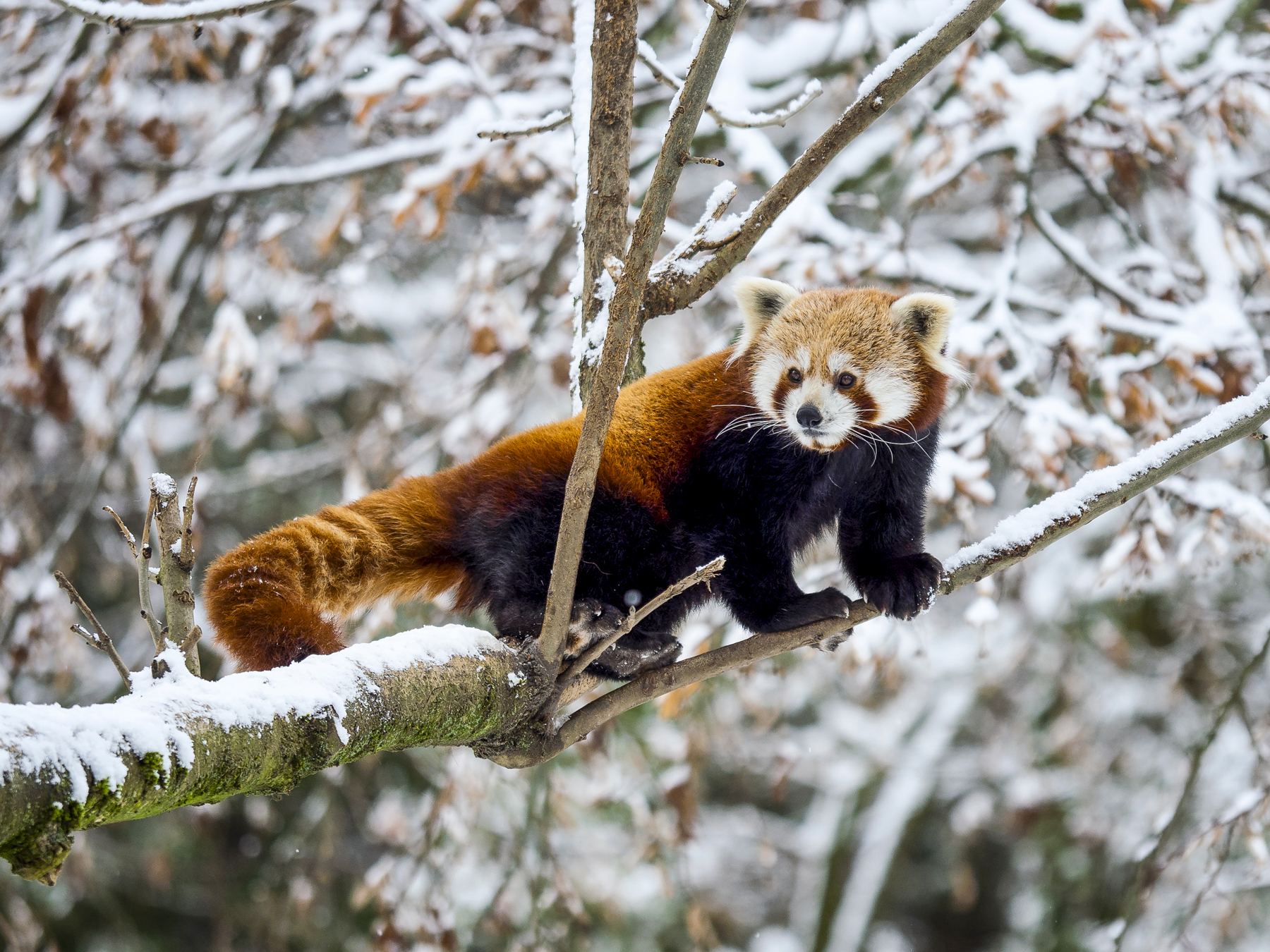 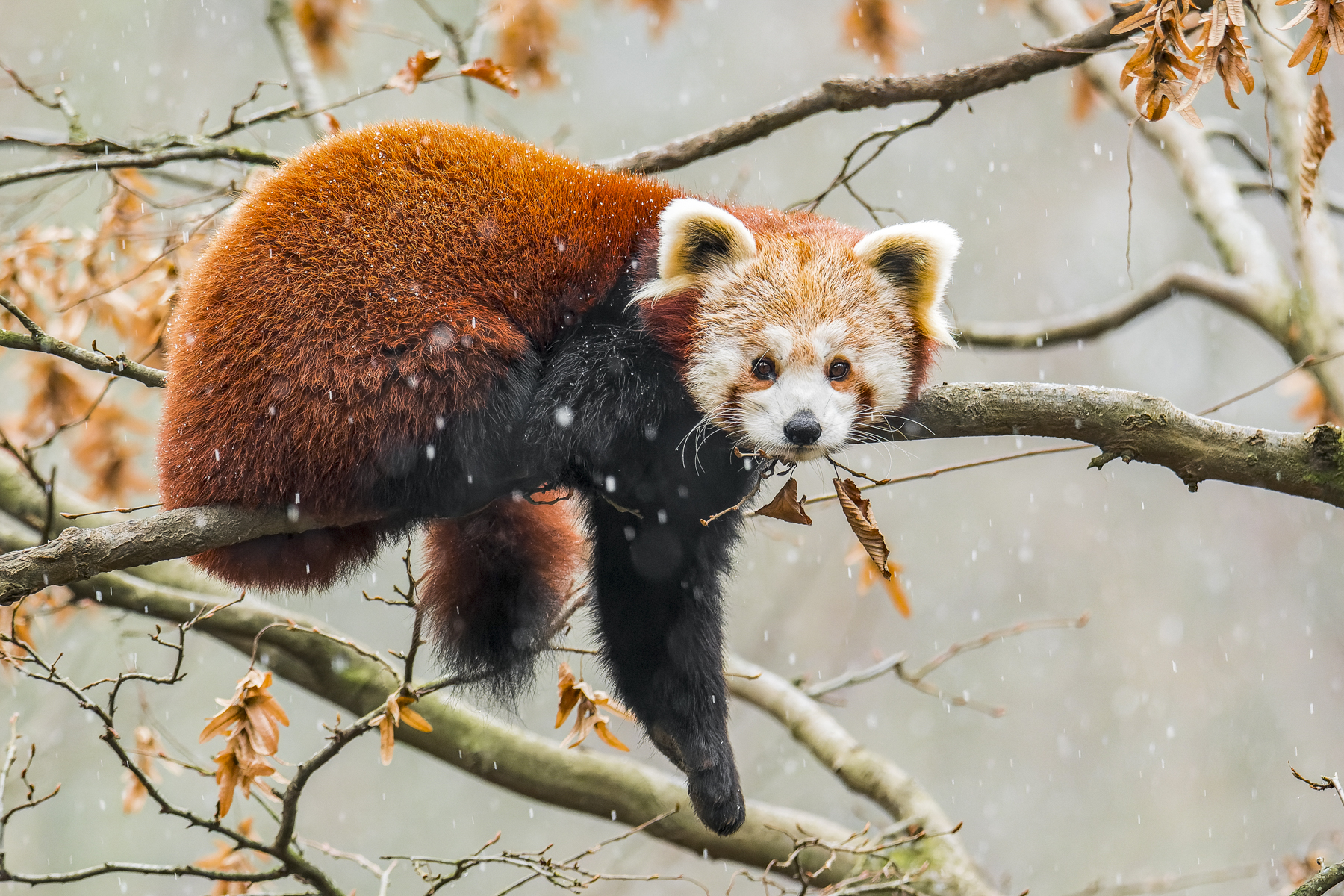 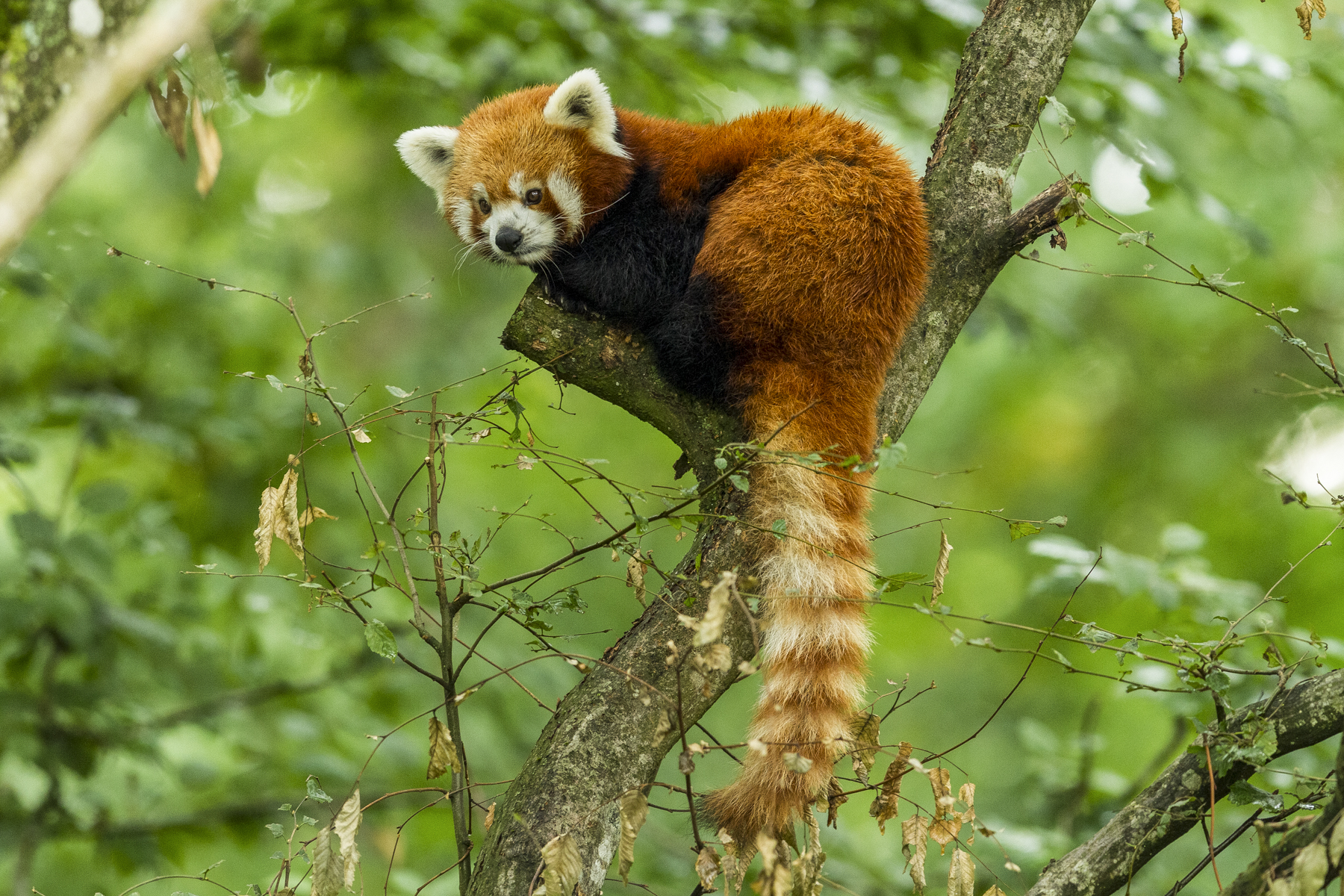 Wild Images’ Red Panda Expedition is a quest for one of the most-wanted mammals in Asia, the wonderful Red Panda. Far smaller than its close relative the Giant Panda, the Red Panda is a largely arboreal species and is definitely a much more beautiful and approachable creature in our opinion.

Our Quest for the Red Panda will take us to the Eastern Himalayas in India, where we will be based at a comfortable lodge at Singalila Ridge on the border between West Bengal and Nepal. Here our expert trackers will be helping us find, approach and photograph this fascinating and beautiful critter as it climbs around in the wintry trees and tall bushes in search of berries, seeds and other food.

Many birds will be seen during our extended (6 nights) stay at Singalila. The Eastern Himalayas are the richest part of the chain and even in the winter months (which is the best season for seeing Red Pandas, by far!), many species are still present.

There is even a hide/blind at our accommodation where many birds and sometimes Red Pandas come to feed!

The lodge is warm and comfortable and the bedrooms have en-suite bathrooms. Road transport is by cars (including 4×4 cars). Roads are variable in quality.

The walking effort during our expedition is easy to moderate grade.

It will be quite cold in the daytime, with a mixture of sunshine and overcast conditions. Some snow is possible.

For Red Panda photography, as the animals are often fairly distant to distant, the ideal lenses are usually a 500mm or 600mm telephoto, often with a converter. (If your budget does not run to big prime lenses, a high-quality 400mm f5.6 or a 100-400mm or similar zoom with a 1.4x converter on a crop-sensor type body can be a viable alternative.)

For birds, typically a similar setup will be good.

Singalila is full of panoramic views and a wide-angle in the 16-35mm range is ideal.

You can get wonderful photography results with many subjects with a high quality digital compact camera with a 20-30x or higher optical zoom. If you have questions about what equipment you ought to bring, please contact us.

To see a larger map, click on the square-like ‘enlarge’ icon in the upper right of the map box.

To see (or hide) the ‘map legend’, click on the icon with an arrow in the upper left of the map box.

To change to a satellite view, which is great for seeing the physical terrain (and for seeing really fine details by repetitive use of the + button), click on the square ‘map view’ icon in the lower left corner of the ‘map legend’.

Our tour prices also include all tips for local guides, drivers and accommodation/restaurant staff.

Deposit: 20% of the total tour price. Our office will let you know what deposit amount is due, in order to confirm your booking, following receipt of your online booking form.

TO BOOK THIS TOUR: Click here (you will need the tour dates)


The single supplement will not apply if you indicate on booking that you prefer to share a room/ger and there is a room-mate of the same sex available.

This tour is priced in US Dollars. Amounts shown in other currencies are indicative.

Air Travel To & From The Tour: Our in-house IATA ticket agency will be pleased to arrange your air travel on request, or you may arrange this yourself if you prefer.

Red Panda: Day 1  Our expedition begins this morning at Bagdogra airport, situated at the base of the Himalayas in The Indian state of West Bengal. From there we climb into the Himalayas, enjoying some spectacular views, to Singalila National Park for a six nights stay.  After a time we enter the park at Maneybhanjang gate and after that there is wonderful Himalayan forest rich in birdlife as we wind our way upwards to our accommodation.

[There are regular flight connections to Bagdogra from both Delhi and Kolkata. We can easily arrange just the internal flights for you if you are not having us handle your intercontinental air travel.]

Red Panda: Days 2-6  Singalila National Park protects a huge area of Himalayan forest and open meadows on the Singaglia Ridge in the state of West Bengal. The park covers an area of 78.6 square kilometres (30.3 square miles) and its elevation ranges from around 2100m (6900ft) to around 3600m (11800ft), although we will likely not get much above 3000m (9800ft) during our visit.

At this time of year, the Himalayan vistas are often quite extraordinary and from different places on the Singalila Ridge, you can see panoramas of Himalayan ridges stretching away into the distance to the great ice-clad peaks of the Main Range. The scene is often dominated by the huge massif of Kangchenjunga (or Kanchenjunga), at 8,586m or 28,169ft this is one of the highest peaks on earth.

Each day our expert trackers will sortie out and try to locate approachable Red Pandas. Not only should we see and photograph this wonderful animal, but at this time of year, we can reasonably hope for multiple encounters!

There is also a hide/blind we can visit where many birds and sometimes even Red Pandas come to feed!

Apart from the Red Pandas, there are also chances for such mammals as Yellow-throated Martin, Himalayan Serow, Ghoral and Musk Deer.

Lots of bird species inhabit Singalila, and while flycatchers, warblers and some others head for the foothills and plains in the colder months, many species remain, including the most spectacular birds of the Eastern Himalayas.

Among the best birds at Singalila are the magnificent Satyr Tragopan (those males glow like fireballs, especially at this time of year!) and the beautiful Blood Pheasant. The beautiful Fire-tailed Myzornis, often a tricky bird to find, can be positively common here.

Red Panda: Day 7  Today we will descend to Bagdogra airport where our expedition ends this afternoon.